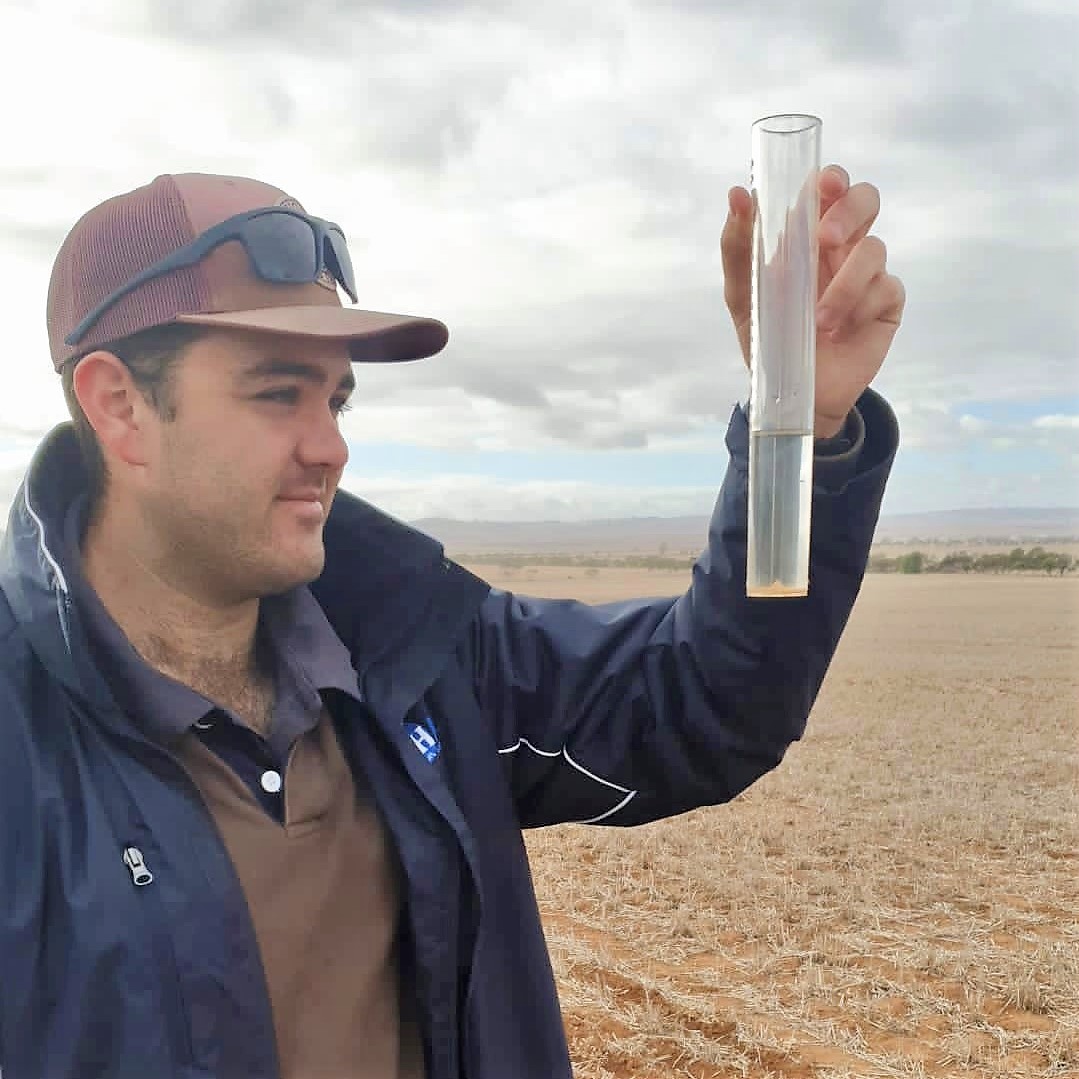 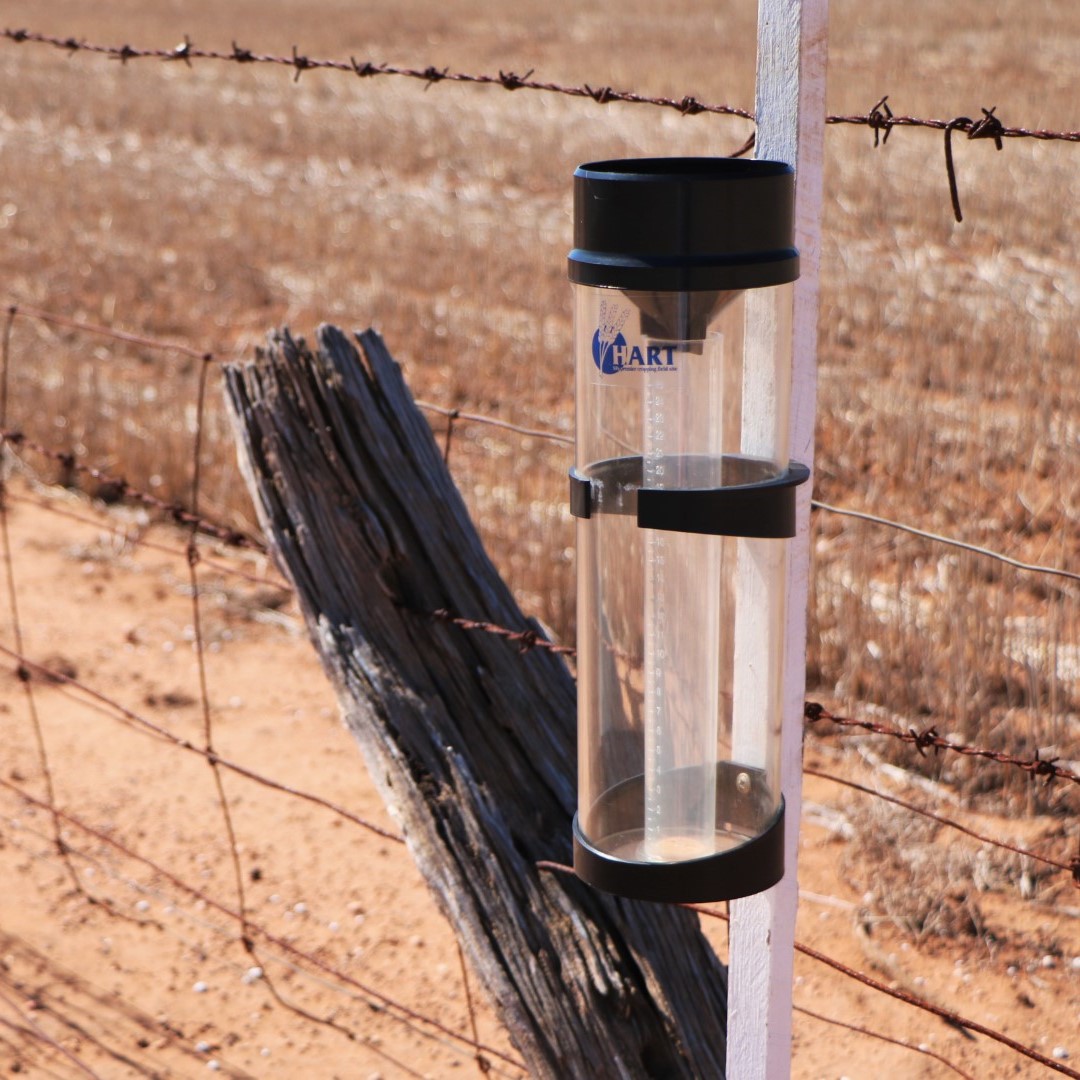 It's a common question, but the answer is sometimes perplexing.

Why is that - were they were exaggerating? Is your rain gauge broken?

We regularly hear growers expressing uncertainty around the varying amount of rainfall recorded across short to medium distances and we've also noticed variation across our own site at Hart.

So we set up a very simple trial in 2021 to track how much variation occurs.
FULL REPORT FROM HART'S 2021 TRIAL RESULTS BOOK

We're presenting that data in some really easy to interpret, colour coded maps (thanks Declan!).

You can click on any image on this page to enlarge it.

Setting the scene:
► The Hart site is 40 ha
► Eleven manual rain gauges have been placed across the site to get a representative sampling area (indicated by the red dots on the image below). These gauges have been calibrated to one another so readings are as accurate and consistent as possible
► Our trial also includes the digital recordings of the Mid North Mesonet (indicated by the green dot on the image below) 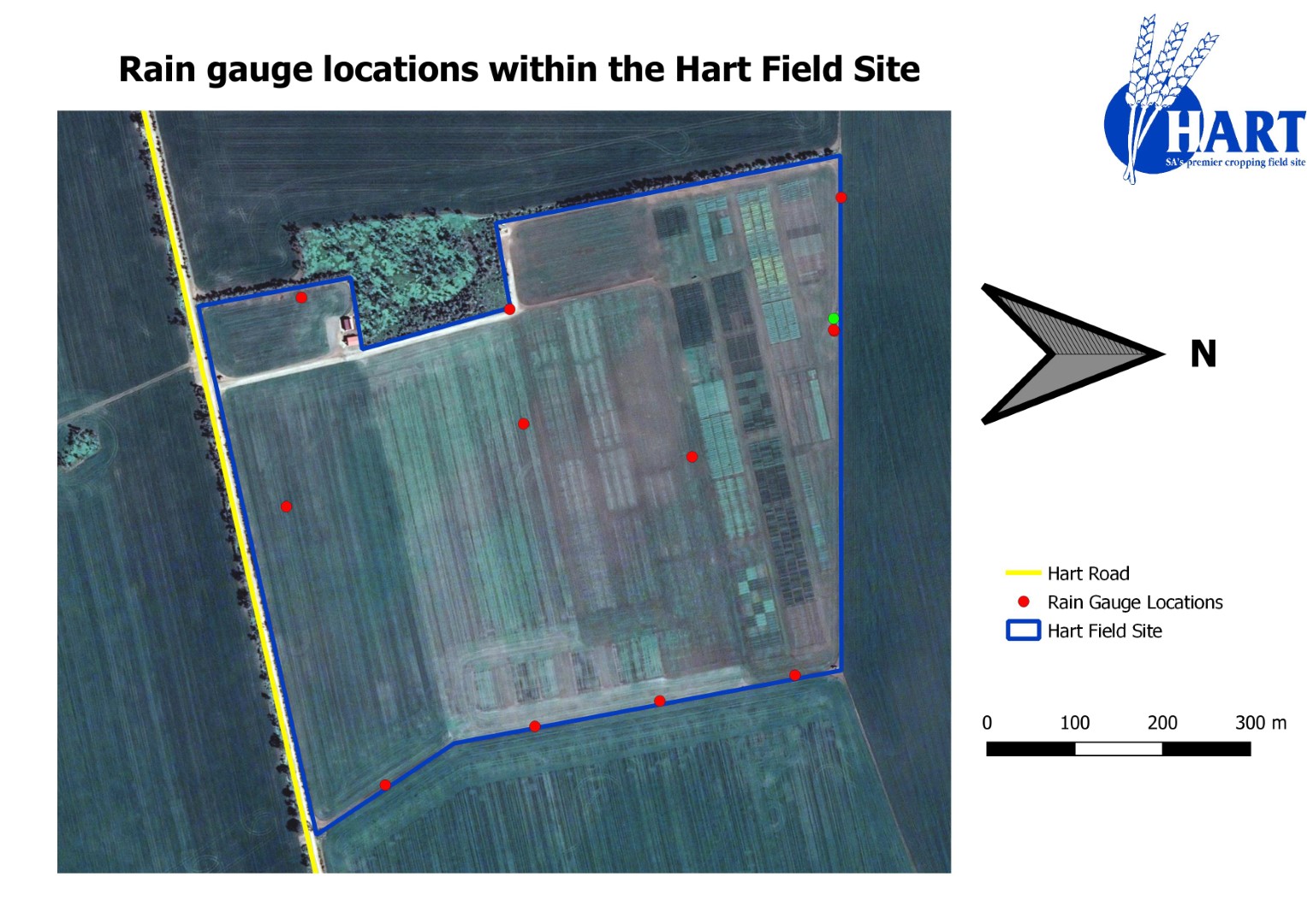 ► Rainfall is recorded as a rainfall 'event', not necessarily a per day recording
► Rainfall is measured as soon as possible after an event to limit atmospheric losses
► Recorded measurements are added into a GIS program, where they are interpolated into the maps displayed below (keep scrolling)
► Rainfall recorded earlier in the season (January to mid-March) do not include all current rainfall gauge locations